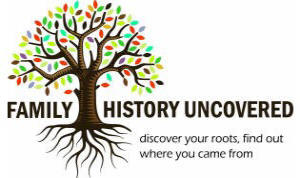 How to enjoy Family History ... find your way around the fun -

Edward Hindley (1885-1935) - our maternal great grandfather left a legacy of investments in chemicals and the inspiring legacy of 'education & compound interest'.

Edward Hindley - older yarns about nous, wit and hard work, honesty & thrift which touched all the economic happenings in Cheshire which led to, and were consequences of, the scientific & industrial revolutions ... discovering & accumulating business synergies ... mass production in factories -

the Old Hindleys of Farnworth/Bedford/Astley were blacksmiths ... and then a new crop arrived for the enterprising ...

the Greenways of Cliff Farm, Alvanley and the Mouldsworth farms down Mouldsworth Road were into spuds!

These guys probably didn't even know the name of Adam the Smith and would have struggled to cope with the biological notions of moral sentiments & synergies of specialisation & scale that he had hammered out at his forge ... nevertheless they were all survivors and coped well ...

Merchants of Liverpool - Liverpool Port, River Weaver, triangular trade and competition from Warrington and Bristol ... and the Industrial Revolution in the North West

Early Industrialists in Flintshire - lead in Gadlys, copper & cotton in The Greenfield Valley, iron in Bersham, zinc in Greenfield and new investment capital from John Freame.

and building on the legacies of old entrepreneurs -

Meggitts - Sutton-in-Ashfield ... and the Browns

Quibell Brothers - Newark-on-Trent ... and Vivian Suter ... who remembered much

Grove Chemical Company - Appley Bridge ... and the Haworths of Oswaldwhistle

Clara Brocklehurst (1879-1967) - our maternal grandmother left an indelible mark for the good on our chaotic development ... thanks we remember it all ...

Brocklehurst Clan - prolific & influential family in our part of Cheshire ...

George W Birchall (1875-1960) - our paternal grandfather left a legacy of social nous, he was a craftsman, publican and the sire of a couple of brothers who were soaked in Northwich salt & the chemical industry and were both mean sportsmen and beer drinkers.

Fustian Cutting - Congleton with the Knappers & in Middlewich with the Fletchers.

Early Cheshire Birchalls - of Wybunbury, delving back to Johannis Berchall of Winwick?

and there was Biological History ...

Birchall DNA - the deeper history of the Birchalls ... and what really really happened ... DNA didn't lie ...

John Howarth (1852-1922) - Carole's maternal great grandfather left a legacy in print, 'The Voyage of The Rangitiki' and 'The Padiham Advertiser' and the inspiration of 'pioneering endeavour' as he searched for betterment for his family in the Antipodes ... and through his daughter his genes met up with those of Thomas Telford.

How do we trace our link back to Thomas Telford ... now that would be interesting!

and there were others ...

Birch Smith - distant cousin, who played Dixieland cornet with Turk Murphy and knew a thing or two about rhythms and medical physics.

Alf Gaskill - gillie, who also ran the Warrington Powders Factory and knew a thing or two about leadership and getting things done.

The Banjo Player - fettler, who also once actually played a banjo but loved his 'bone and knew a thing or two about team work and nous.

'Edley - beer drinker, who was also a Headmaster and knew a thing or two about having fun and playing hard.

'History with its flickering light stumbles along the trail of the past, trying to reconstruct its scenes, to revive its echos and kindle with pale gleams the passion of former days' ...

... but, although we had spent most of our time in the past, strange urges about the future preoccupied our efforts ... funny that ... sort of unfinished business?

back to   john p birchall