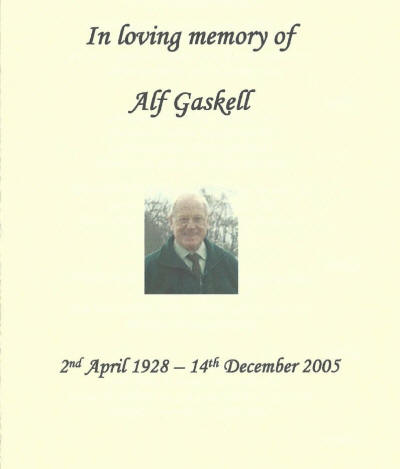 Once upon a time there was a familiar story ...

And Alfred awoke and set about with glee & gumption

And he toiled for three score years & ten with his mates in the land of enterprise know as manufactory.

And there was output in abundance

And the Lord was pleased

The Lord commandeth again 'More, fill me the boxes with flowing powders'

But Alfred was troubled & cried 'Lord I am all undone', the men with the hammers for the screws have lost their way on the long journey from Workshop their place of rest, the polished powders from above have gone missing and my hopper is empty and the Master Maker quenched when his suppliers turned foe and showered us with vective'.

But still the pigeons flew in with the orders and there were tempests and storms brewing.

The Lord waxed strong 'Why are your machines silent and your men idle'?

Alfred wrung his hands and said 'Verily I say I am sorely tried, the Pagan Printer who brings the boxes has turmoil and his men are fickle and 'victimised', and the brothers Ham and Sham demand 'parity' with the hole borers who have 'custom & practice' and accumulate many minutes getting into their play togs while my machines are idle'.

Then the Lord spake strongly 'Output must grow'!

Alfred was quickened 'Lord it will be so'.

But it was not so! And the trucks with the forks had axle breaks and the oxen were lame.

The Lord bespoked calmly 'Why doest Thou neglect and ignore'?

'Lord we are all afeared and have gotten ring-twitter, the pieces from across the ocean are no more, the clerks with the monies in Head Office have been led astray and the stickyness to close the boxes has run dry due to spillage and plunder'.

'It is all but problems oh Lord, known as ball-acher'.

And the helpers from afar spawned assistant deputy helpers as they hatched strange schemes and still the planners planned and the controllers controlled and there was chaos everywhere.

The Lord came again with gusto 'How can it possibly be thus'?

And Alfred's anger rose and he coughed & spluttered 'The contractor's contractor has succumbed and gone bankrupt in a place called Benidorm, even the carts for the market are blacked as they toil too much, they delivereth not, our cup is empty'.

And still the budgets lied and the costs were foul and crisis & catastrophe were legion.

And the Lord came again 'What troubleth thee'? 'Why is it thus'?

Alfred availed himself and went hither & thither and ranted & raved. 'Personnel the makers of peace and tranquility grow strong in number but weak in head as my men take wine with them in far away places, the meeting of elders is in disarray as they talk nudge and fudge but do nothing, my brethren are full of woe and ten of my hands are sick in the place Betting Shop.'

And still, the Sheckles bounced and the Dracmas melted and the cast of thousands postured and pranced and there was analysis paralysis and navel contemplating.

Then the Lord said 'Fear not, for where are the writings on the tablets of stone, known as Company Strategy'?

'Lord I truly repent, they are broken by bandits from the Port of Sunlight and the P&G and we have Bedlam and are cast asunder'.

And there was much venting of cloth and gnashing of teeth.

And it came to pass that Alfred grew old and was created a retiree and he went forth with his monies and bought wisely by a river and from his house in the country Alfred was still troubled and sought the Lord again and said 'Now that I am but a retiree, tell me Lord that thou knowest how it was'?

And the Lord perceived Alfred's grief and comforted him and spake thus 'Alfred my son, yes I knowest how it was, why else does't thou think I am sending the flood'!