The Marston Forge appeared on Peter Burdette's map of 1777 and Christopher Greenwood's map of Cheshire in 1819 and Bryant's map of 1831.

In 1804 it appeared Nicholas Ryder's eldest son, Thomas, had moved to the Acton Forge from his dad's business at the Marston Forge. At that time he was letting his house in Witton and had ensconced himself at Acton Bridge as a Chester Chronicle advert in 1804 and again in 1806 confirmed.

Thomas Ryder's presence at the Acton Bridge forge was also confirmed in a recruitment advert for forge men which appeared in the Chester Chronicle on November 7th 1806. In 1806 the weir at Acton was obviously providing enviable 'powerful water work'.

The Ryder family were involved in 'The Acton Forge', 'The Marston Forge', 'The Cranage Forge' and also 'The Old Iron Foundry' at Scotland Bridge, Red Bank and the 'Salford Foundry', Salford. Albert E Musson suggested these connections in 1969.

Thomas Ryder (-1778) of Wytheford married a local girl Hannah Britain (1702-1785) in 1723. Grace's Guide - 'Thomas Ryder; Founderer, Scotland Bridge was listed in the 1772 Directory for Manchester and Salford. There were only three foundries listed in the directory, and the other two entries (Samuel Bagshaw & John Burrow) were brass founders, so Ryder's was the iron foundry. This assumption was consistent with his connection with Marston Forge.
Scotland Bridge crossed the River Irk, linking Salford and Manchester, just east of the present Manchester Victoria station. There was a suggestion that an iron foundry existed at Scotland Bridge in 1700 known as 'Ryders Randys' ... ?

In 1766 the Ryders were reported in The Manchester Mercury as under tenants at Scotland Bridge. But there were other Ryders into calico printing ...

Descendent Jeanette Thomas suggested it was unclear whether Thomas came from Staffordshire or Shropshire. But his son Nicholas was registered as as a 'Forgeman' which according to the times, was a Blacksmith who employed others. Nicholas apparently valued education for his sons. The youngest son George Mills Ryder's, signature appeared on several documents when he acted as a Notary in Birmingham.

The Land Tax Assessments recorded Nicholas at Marston from 1780 to his death in 1814.

It appeared Nicholas plied his trade from Scotland Bridge to Cranage and left for Marston around 1767 ...

Nicholas died in Hartford, Northwich when he was 76, (born 1738?) and buried at Witton? He left a short will in 1815. Wife Hannah was the sole beneficiary and executrix. Witnessed by son Robert and daughter Sarah Worral Nelson.

Thomas died in 1831, aged 65 years, at Chorlton Row and was buried at St Philip's, Salford. Executors were sons John Bromfield and George Vardon.

John Bromfield Ryder (1802-) became a Fund Holder in London. In 1851 he was a widower living with servants at 159 Sloane Street, Chelsea. In 1844 John was occupied petitioning Parliament for reform of the Poor Relief system ...

George was involved with the 'Ryder, Nelson & Co' partnership which was dissolved just before George moved to Birmingham and married. George Mills Ryder was a Factor, Pawnbroker, Silversmith & Registrar. Their children were George (-); John Nicholas (1802-); Edwin (1803-); William Henry (1805-) & Charles (1807-). In the 1841 census George & Mary were at Parade, Birmingham.

Son George (1798-1848), like his father was a Pawnbroker & Silversmith working in Birmingham. George had 10 children from 2 marriages. One of his sons, Horace Augustus Ryder (1837-) (changed to George Horace Ryder-Wilson?!), fought in The Crimean War and joined The East India Company and served in India.

Interestingly son George named his third son, who only survived a few months, George Marston Ryder (1824-24). No doubt acknowledging the connection to the famous forge.

6. Corbett Ryder (1780-1839) born at Great Budworth ... Nicholas Ryder's son Corbett became a successful producer/actor on the stage. In 1907 Paul Trevor William Baxter reminded everyone that not all the Ryders were Iron Founders in his book 'Drama in Perth' -

'Mr Ryder was born at Marston Forge, in Cheshire (of which his father was proprietor), in the year 1778, and consequently was 61 years of age at the time of his death. Before devoting himself to the Stage Mr Ryder was the managing clerk of an extensive ironwork in Manchester. Having once put his foot upon the stage, he became an ardent lover of the Drama, and pursued the histrionic art with industry and perseverance, but, like most of his brethren, he experienced many of the vicissitudes which more peculiarly characterise that profession. Mr Ryder paid his first visit to Perth in 1817, shortly after the dramatised novel of 'Rob Roy' had commenced its brilliant career'.

Corbett presented Rob Roy at Perth in June 1818, and later in Dundee and Arbroath, with Charles Mackay as the Bailie.

1763 Mr John Ryder (-), a Dyer, was well established at Scotland Bridge, Salford. On May 5th the Manchester Mercury reported that he had lost, stolen or stray'd his beloved mare and was offering a handsome reward for any information. In 1778 his dyeworks and printing premises were for sale, leased for three lives from the Earl of Derby. And in 1781 William Ryder (-) was a 'Fustian Dyer' experiencing trouble with thieves in Manchester at Ancotes Lane, Knot Mill and Scotland Bridge. The family connection between the 'Iron Ryders' and the 'Dyer/Printer Ryders' is not clear Stephen Paterson has added more on the Dyers, his 18thC Ryder ancestors hailed from Blackley, just a few miles upstream along the Irk from Scotland Bridge. They were whitsters, or bleachers, of yarn, but also seem to have carried out other tasks relating to linen and cotton ... calico printing? An image of a 1778 cutting from the Manchester Mercury shows sale of land at or near Scotland Bridge then in possession of a John Ryder, who may be his 6 x great grandfather - if he had a dyeworks it would make sense for it to be downstream of his bleachworks @ Blackley.

1768 at the Marston Forge in Northwich, Nicholas Ryder advertised for a 'good baller of scrap iron who understands balling and heating the balls in an air furnace'. Although a 1790 list identified Marston as an ordinary single finery forge, scrap was also being processed.

1782 an iron furnace at Dunkinfield was up for let, but was apparently not connected to the Ryders ... ?

1782 William Ryder and Thomas Yates co-partners in calico printing at Scotland Bridge, Red Bank, announced their bankruptcy in September, and in November the assets were up for sale and auctioned in 1783 and then available for lett. These business premises were adjacent to the 'The Old Iron Foundry' ... Mervyn Busteed and Paul Hindle pinpointed the insalubrious industrial site of 'Gibraltar' (now underneath Victoria Station!) which hosted these Ryder businesses 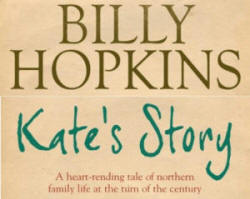 ... and here also was a bone works where Tom & Ted Brown found employment?

This whole area around Scotland Bridge was the back drop to a fascinating fictional biography written by Billy Hopkins in 2001. 'Kate's Story' recounted the reflective old age musings of Billy's mum which he felt compelled to record. A familiar emotional experience which many of us have experienced.

1794 Marston Forge partnership Ryder, Nelson & Co engaged the forge taking over from Mr Nicholas Ryder. They advertised again in 1796 in The Chester Courant .

1797 Marston Forge sole proprietor was George Nelson. Was this when Thomas Ryder took over at Acton Forge?

1797 'The Old Iron Foundry' was 'Fletcher & Silcock'. Jacob Silcock, agent to Griffin Iron Foundry and an Iron Founder, lived at Red Bank, nearby.

1797 February 12th - a letter from William Nelson (Marston Forge, near Northwich) to Boulton & Watt (Birmingham). Offering to sell Boulton & Watt his forge. Details of its size and situation.

1799 Marston Forge was put up for sale by William Nelson.

1803 Robert Deakin leasee of the George Inn, Witton Street, and the new owner of Marston Forge in bankruptcy ... the forge was occupied by Peter Maddock and Thomas Peck ...

1804 Marston Forge up for sale, currently in the possession of Messrs Maddock and Peck.

1807 Thomas Ryder & Co continued with the sale of 'Mersey Works'.

1808 'The Old Iron Foundry' at Scotland Bridge had been sold to Radford & Waddington see their advert?

1812 William Wardle the owner of the 'Old Iron Foundry' was bankrupt and the foundry at Scotland Bridge was advertised for sale, a notice which confirmed the tenancies of Fletcher and Radford & Waddington.

1813 Thomas Ryder at Acton Bridge was involved with the sale of property at Sproston, Holmes Chapel, Middlewich with Henry Eaton & Samuel Bosson? This estate was on the River Dane as was the famous Cranage Forge? Thomas Ryder was born in Holmes Chapel?

1815 Thomas Ryder and William Sherratt put the Acton Forge up for sale. The sale notice contained a good description of the facilities including a dwelling house and eight cottages ...

1816 William Sherratt detailed his will and a co-partnership with John Bateman and his son John Sherratt at Acton Bridge trading as Thomas Ryder & Co.

1817 Radford & Waddington were still tenants at the foundry and Mr John Frith was tenant at the calico printers which were for sale again.

1825 the forge at Acton Bridge was known to every traveller. The Weaver Navigation collected tolls on the turnpike and clearly identified the forge as a landmark.

1837 Salford Iron Works for sale lately in the possession of J & T Sherratt.

1845 The Chester Chronicle reported Hugh Dyer was at The Acton Forge at the time of the sale of Hugh Hoult's estate. In the 1841 census, Hugh Dyer was a Porter/Dealer and in 1851 a gardener, the involvement with Acton Forge was unclear.

1865 the brothers William & Thomas Ryder founded 'Thomas Ryder & Son Ltd' in Bolton. Maurice Halton explains ... were all these Ryders from the same family?

1871 The Cheshire Observer reported yet another serious landslip adjacent to Marston Forge. And again in 1888, the Northwich incidents were reported as far and wide as Sheffield!

'Half a mile beyond Comberbach there is a gate into Marbury Park. Marbury Hall, a good modern building, surrounded by fine elms and beeches, is surpassed by few Cheshire seats in the matter of situation. At the foot of the terraced garden is Budworth Mere, a beautiful sheet of water, pleasantly wooded on two sides, and with great reed beds fringing its margin; and yet we are on the edge of the great salt district, the busiest part of central Cheshire.
To the left, set on a hill, is the weathered old church and clustering village of Great Budworth; and to the right, above the woods, the smoke of the many chimneys of Marston Forge and Northwich.
Thence to th' Cock at Budworth, where I drank strong ale as brown as berry'.