caution !! ... this is an initial draft of a story for the family ... there are many errors of fact, omissions and inaccuracies for which I apologise ...

I only keep these notes on my server so I don't lose them !! 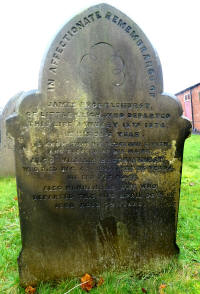 Mary, daughter of Charles Hickson & Elizabeth Lowe, was born 1837 in Over and died in 1907 in Little Leigh.

In the 1901 census James Brocklehurst, 46, an agricultural labourer, and wife Jane were living in Acton Bridge opposite The Maypole Inn. They didn't move into Rose Cottage until father Tom died in 1902. With Joseph, 16, Fred, 13, James, 11, and Lydia H, 9.

In 1936 Grandfather Joseph Thomas Bower on a few occasions traveled to Switzerland, I don`t know if this was for holidays or business for ICI. On his return from one of these trips he brought back a young swiss lady and set up home in a shack on the bank of the Weaver in Barnton. The story goes that he cultivated the bank of the river and grew strawberries, he was known as 'strawberry Joe'. I believe there were about 4 children produced from this relationship, the youngest being a bit of an odd character by the name of Tom Bower from Moss Road, Northwich.
This caused a split in the family and a divorce for Maud Alice Bower (Wakefield). Dad, his brother Noel and the Wakefield's had nothing to do with Joseph Thomas again. I didn't know any of this until I was about 45 years old!

back to Edward Hindley