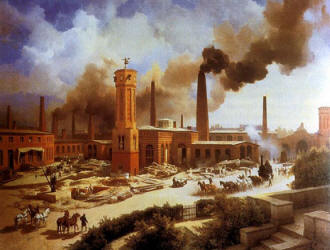 Why did the scientific revolution take place when it did and where it did around 1500 - 1800 in parts of Western Europe ?

‘The Gods did not reveal, from the beginning, all things to us, but in the course of time through seeking we may learn & know things better. But as for certain truth no man knows it, nor shall he know it, neither of the Gods nor yet of all things that I speak. For even if by chance he were to utter The Final Truth, he would himself not know it: for all is but a woven web of guesses’ - Xenophanes.

The evidence suggests that the industrial and scientific take off followed the removal of constraints and the speeding up of evolution.

The necessary but not sufficient 'causes' include -

breaking the grip of established authority

opening up diversity and choice

This is one possible scenario, but 'causes' can't explain complexity meaningfully ... however evolution does ... completely ... some economies evolved an institutional environment (generally accepted rules of behaviour) which encouraged a process of competitive technological and organisational innovation creating survival value, or 'know how', more efficiently than alternatives. 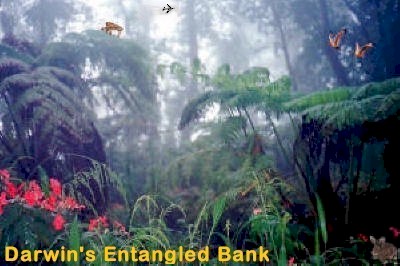 Open dissipative systems of complex human interactions in cities, intensified by a stream of coal energy, generated auto catalytic loops of synergies, which increased useful survival surpluses which were complex enough to avoid diminishing returns and became self sustaining.

Before 1500 Aristotle and the 'ancients' remained the custodians of 'know how' and the West was playing catch up until Copernicus and the 'moderns' started to question. Skeptics discovered evidence & replication. Maths was applied to ballistics, perspective, navigation & mapping. Mechanics followed, pumps, telescopes, microscopes, clocks & printing. Then universal laws and the usefulness of prediction and the progressiveness of change.

A double blind randomised control experiment in Scunthorpe which was repeated in the Antipodes 17½ nights later with the same peer reviewed results was meaningful evidence.

Scientific Method - discovery & accumulation which feeds on itself –

observation - evidence of the senses, everything else was 'a woven web of guesses'

mathematical theory - precise imaginative descriptions, verifiable systems of assumptions and rules in the mind which explained in general terms a wide variety of interconnected observations of physical reality

testable hypotheses - potentially convincing predictions, suggested consequences of theory as a basis for verification and further observations without an assumption of truth

peer review & citation counts - the triumph of science over the whims of Bishops, Princes, Generals and bureaucratic despots

But science was underpinned by philosophy, by ideas of liberal democracy - empathy, moral sentiments, tolerance & respect for the views of other people. The last witch was burned in 1745, rain dances were less enthusiastic and the skeptics began to question the pontifications of 'the powers that be', currying favour led to dependency not progress.

If trade shaped the world; Why tariffs? Why barriers? Why subsidies?