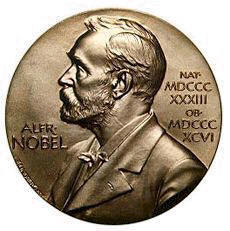 Evolutionary economic theory originates outside the orthodox neo-classical tradition, however the tradition is enriched not contradicted. Neo-classical theory becomes a special case in a much more complex reality.

The Nobel Prize winners have a deserved position of acclaim and influence and the evolution of neo-classical economics can be traced through their work. The orthodox laureates emphasise rational, efficient, designed, equilibriums but heterodox economists emphasising evolution, behaviour, institutions and history are represented also.

The Nobel Foundation website contains a wealth of information ... so here we go with a list of the greats from last year to the first award in 1969 ...

2020 Paul Milgram & Robert Wilson - Auction Theory - Stanford does it again! Common & private values and the winners curse. As all 'financial advisers' know valuations of assets is pathetically difficult because the market price is a clearing price but valuations are different for different people in different place at different times ... and 'he would say that, wouldn't he. 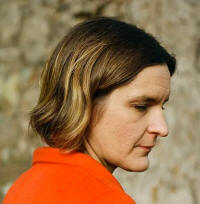 2019 Esther Duflo & Abhigit Banerjee - Empirical Economics - randomised controlled trials, experimental data from policy interventions, policy effectiveness not theory. We don't know the answers to the big questions about outcomes of Complex Adaptive Systems, so gather the evidence 'dot' by 'dot'. The problem is not so much how you raise the tax revenue but rather how do you spend it effectively? Most economists believe trade is beneficial overall, 2+2=5. But some communities lose out and are reluctant to change, 'stickyness', creating a demand for empathetic compensation of some sort if gains for everyone are to be realised.
Economics is too important to be left to economists!

2018 - Paul Romer & Bill Nordhaus - Endogenous Growth Theory - Paul Romer at last! 'no free lunch' from a scarcity of clean environments & diminishing returns so 'vote with your feet & join a club of your choice' with an access subscription; a pollution tax.

'Know how' from an abundance of innovative ideas & increasing returns from software technology leads to investment in 'education & compound interest' within interactive free cities; discovery & accumuation. 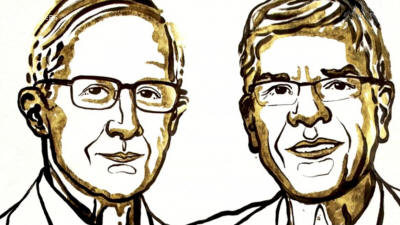 Endogenous Growth Theory - 'know how' evolves. How the market economy interacts with nature and 'know how'. Economic tools to address the fundamental question of how to ensure sustainable long-run economic growth — with a huge impact on policymaking and the environment.
People are capable of amazing things, we can make substantial progress towards growth & protection — the potential for technology to help is enormous. But good ideas & good behaviour are not manna from heaven, progress is not free & not luck. Conditional optimism is 'conditional' on hard work, honesty & thrift. Commercial company surpluses reward hard work, honesty & thrift. But politics can trump economics during the election and policy schemes must be alternatively funded by tax, borrowing or printing.
'If I get some wood and nails and persuade some other kids to help do the work, we can end up with something really cool'. Nobel Laureate Francis Arnold 'What I do is copy nature’s design process'

2014 Jean Tirole - Regulating Monopoly Power - political whims and market outcomes can both 'fail' but can regulation do better? Anti trust can't cope with 'natural monopolies'. Independent case by case reasoning from game theory & information assymetries. And what about 'patents'? And 'deserved' & 'licensed' monopolies? And 'rent seeking'?

2007 Leo Hurwicz - Moral Hazard - mechanism design, rent seeking & incentives to cheat. Not winner takes all but if you cut the pie, I choose which piece.

2005 Thomas Schelling & Robert Aumann – Conflict Resolution - the 'second strike' is not belligerence but tit for tat co-operation and retaliation. But did it work in Vietnam?

2004 Edward Prescott & Finn Kydland – Time Inconsistency - decisions are taken on today's numbers but when the time comes the numbers have changed.

People act today in a way that is consistent with what they expect to happen in the future. In a dynamic game a player's best plan for some future period will not be optimal when that future period arrives because of time inconsistencies. Economic policy should delegate decisions consistently to markets through independents central banks and privatisation. And interference in the business cycle is invariably counter productive.

2001 George Akerlof – Adverse Selection - only lemons will be on sale.

Joseph Stiglitz – Monopolistic Competition - market equilibrium is not the norm.

Michael Spence - Contract Theory - under asymmetric information educational qualifications are a signal of competence in the jobs market.

Michael Spence chairs the Commission for Growth and Development 2008 which has reviewed World Bank policy based on the 'Washington Consensus' 1989. The benefits of 'globalisation' have been reconfirmed with the important qualification that policy is never 'one size fits all' but always context and time specific. Nurturing human capital and social institutions is essential for bottom up evolutionary growth based on increasing returns from specialisation and scale.

1998 Amartya Sen – Welfare Economics - an ethical dimension to self interest. Is 'right' something that must be provided or something that simply cannot be taken away? Can individual values be aggregated into collective decisions? Can we allow a majority to suppress a minority? Arrow's 'impossibility theorem' seemed to be an insurmountable obstacle to progress in the normative branch of economics for a long time. Universal principles proposed by moral philosophy can evaluate different alternatives for society. £100 for the poor man is 'worth' more than £100 for the poor man.
Equal opportunity varies across individuals so capabilities of individuals constitute the principal dimension in which we should strive for equality but individuals make decisions which determine their capabilities at a later stage.
Education in a progressive culture.

1997 Robert Merton & Myron Scholes - Valuation of Derivatives - valuations are logical and there are opportunities to profit from information asymmetries and arbitrage. Long Term Capital Management exploited 'convergence trades' where Government Bond valuations tend to converge. But these trades are dependent on orderly markets and availability of buyers and sellers. In 1998 (and before) Governments defaulted! Flights to liquidity can destroy all 'schemes', even sophisticated computer schemes, Keynes was succinct, 'the markets can stay irrational longer than you can stay solvent'!

1988 Maurice Allais - The Golden Rule - 'do unto future generations as you would hope previous generation did unto us'.

1985 Franco Modigliani - Capital Structure Irrelevance Principle - a higher debt/equity ratio leads to a higher required return on equity, because of the higher risk involved for equity holders in a company with debt.

Tobin defined q as the ratio of share value to net worth, q values are historically high. Is this because shares overvalued or because returns are dependent on 'know how' not on tangible assets? 'Know how' = technological & institutional innovation = understanding and useful practice. 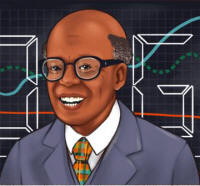 1975 Leonid Kantorovich & Tjalling Koopmans - Interconnectedness - industrial input/output, economic efficiency & prices. Mathematical models for the 'optimal' use of resources, activity analysis. Is it possible for a benevolent central planner somehow to co-ordinate the production & consumption which is the modern economy, thus bypassing the greed & waste of the market with a more rational system?

Kantorovich developed Linear Programming and put his simultaneous equations into an electronic computer and the solution was available in less than a second. The market process was old-fashioned.

Kantorovich shifted from observation of economic processes to system control (Gosplan & Cybersyn). The USSR provided evidence of improvement in the economy; the successful solution to the industrialization problem, state defence before & during the Second World War, the postwar reconstruction and further development. But it was obvious that improvements were needed which led to the idea of quantitative mathematical methods.

'I discovered that a whole range of problems of the most diverse character relating to the scientiﬁc organization of production. I have succeeded in ﬁnding a comparatively simple general method of solving this group of problems which is applicable to all and is sufﬁciently simple and effective for their solution to be made completely achievable under practical conditions. Socialist economies have to be concerned about trade offs and therefore must employ interest rates & prices just like the capitalists'.

'We are ignorant of what it is we do not know'.

1972 Kenneth Arrow – Impossibility Theorem - from 'socialism to pragmatism' and general equilibrium maths. Mathematical proof that there is no method, majority voting or otherwise, for constructing social preferences from arbitrary individual preferences. No system can be both rational and egalitarian.