The Failure of Economic Planning 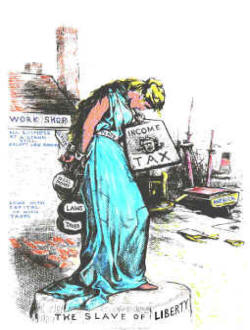 Why did Eastern European economic planning collapse with the Berlin Wall in 1989 ?

‘If to do were as easy as to know what were good to do, chapels had been churches and poor men’s cottages princes’ palaces’ - The Merchant of Venice.

Evolution does not involve planning foresight nor arrogant command & control and will tend to favour alternative organising systems like competitive markets which deliver co-operative survival value more efficiently and equitably than alternatives - customers decide and investors in technology provide. Wealth creation results from positive sum behaviour where co-operative synergies must be discovered, accumulated and defended - a complex difficult process.

Wealth is also constantly destroyed by -

the corrosive effect of the 2nd Law of Thermodynamics and

the inevitable parasites and predators

History reveals an instinctive, and hence popular, tendency to divert energy into the economics of the pecking order. Here the physically powerful impose their solutions on the 'also rans' as bureaucrats impose 'rent seeking' central command activities. These ideas are 'a fatal conceit', a zero sum parasitic game where some folk pay for other folks pleasure, economically inefficient and inequitable.
Centralised economic planning based on tax & spend and red tape suffers from a triple whammy of economic inefficiencies - 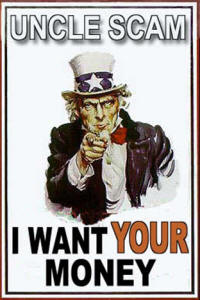 without the safeguard of competition better alternatives are not discovered

average tax is a burden crowding out innovative technological and institutional alternatives as diversity & choice is destroyed and marginal productivity of capital declines. X-inefficiency from spending other people's money on grandiose schemes at the expense of unknowable innovative competitive alternatives. Wealth is also lost through administrative bureaucracy and  compliance costs

outlawing the overflowing well of technological and institutional innovation

NB failed experiments are an inevitable part of the innovation process and are only exposed with hindsight after the horse has bolted ... survival is a random variant ...

Tax policy and foreign policy should be based on helping more and more folk to join the 'gravy train' - 'a leg up not a hand out' it's 'tough love'!

Universal Darwinism is a counter-intuitive concept - 'the penny has to drop' - brilliant intelligence sometimes doesn't get it. Albert Einstein -

'The economic anarchy of capitalist society is the real source of evil, a planned economy adjusts production to the needs of the community, distributes the work to be done among all those able to work and guarantees a livelihood to every man woman and child'.

As Adam the Smith explained capitalist society is not self interested anarchy it is underpinned by moral sentiments.

Clearly if some folk decide they don't wish for structural reforms and prefer high tax and central planning, or autocratic hierarchies this is consistent with free democratic values ... as long as they don't harm folk by imposing their ideas on others.

'I've no problem with folk who disagree with me only those who insist I agree with them by force' ...

'Extending the social guarantees of fundamental human rights beyond the familiar limits of the political as it has traditionally been understood to encompass all those conceptual domains, for instance, family, workplace, civil society and transnational spheres, where governance occurs and where domination & interference are thus likely. ‘Democracy’ does not mean creating majoritarian representative institutions; it means creating secure institutional guarantees for human rights'.

If trade shaped the world; Why tariffs? Why barriers? Why subsidies?