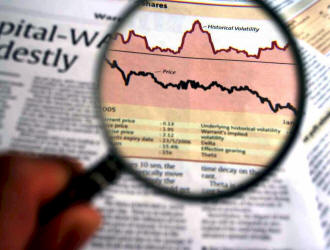 How to understand Evolutionary Economics ... find your way around ...

Evolutionary Economic Theory - the science of choice since 1859

2. Democracy - why the rapid spread in the late 20th century?

3. Markets - why is wealth creation so difficult to plan?

4. Innovation - why is wealth all about survival 'know how' and not other factors of production?

Social Behaviour & Moral Sentiments (complexity/change/conflict/scarcity - do unto others)

The Blind Watch Maker and immunity from treachery.

Some Fun with Evolutionary Economics - lighten up! the dismal science can be fun!

Apapa Generators - 'ghosts from the past' ... education under the soap pans in Apapa?

Mitochondrial Eve - 'only time helped, the truth was in the future' ... how on earth do you choose a wife? ... or did she do the choosing?

Dickie Dawkins - 'nice guys finish first but folk got all mixed up, conned and confused' ... a Pandora's Box of cooperation & trust?

Emergent Puzzles - 'the penny has to drop' ... do you believe in evolution?

Creating Money Out of Nothing - 'the big print' ... aka Modern Monetary Theory?

Just So Stories - 'evolutionary explanations for everything' ... ignorance and beliefs, but do you believe in the fun of Rudyard Kipling or the fun of Charles Darwin?

Criticisms & Two Narratives ... natural selection is a very simple idea but the penny has to drop ... perhaps critics are tilting at windmills and building four straw men ... four myths for you to have some fun with ... and debunk ...

Day by day the evidence mounted ... and when the penny dropped -

Morality was an adaptation ? !

Human Intention was an experiment in the imagination ? !

Bibliography - here are a few sources from the great & the good

Geoffrey Hodgson - 'Darwinism in Economics - from Analogy to Ontology'