Why did freedom & democracy spread so rapidly from around one third of global Nation States in 1975 to more than two thirds in 1995 ?

'What really happens is that the gene pool becomes filled with genes that influence bodies in such a way that they behave 'as if' they made complex, if unconscious, cost/benefit calculations'. The Selfish Gene, 1976.

The idea that ideas themselves evolve in a universal Darwinian process uncovers new insights into why liberal democracies are economically efficient.

The battle of ideas moved decisively during the 1980s, more and more people were learning and understanding that adaptation is the only way to survive in a hostile environment. Adaptation is fundamentally economic 'as if' responding to change by cost/benefit analysis, exploiting the synergies of specialisation & scale.

More people contributing more synergies; cooperation ... the Deng Reform n China 1978, the Fall of the Berlin Wall in 1979 & the Reforms of Socialism in India 1991 were just recent examples of an ancient evolutionary trend of significant economic importance ... involving dramatic change in large populations particularly in the USSR & China and continuing directional change in India ... and the process was continuing to stir in 2010 with 'the Arab spring'.

'Getting India back on Track' by Ashley J Tellis -

'A slow roll back of socialist policies has been underway since 1991. But unlike China since 1978 this shift in India has been hesitant, conflicted & furtive'.

The science underpinning liberal democracy as a universal expression of biological cognitive & emotional emergent phenomena has been recently summarised by The Brights. The moral sentiments of cooperation are underpinned by biology they are universal throughout the globe & not confined to self conscious, rational, folk but also apparent in infants and animals.

Liberal democracy is an outcome of a Darwinian process where cooperation emerges from interactions in populations as synergies are discovered and accumulated, discrediting the idea of democracy as a construction of a deliberate rational purposeful intentional planned social design -

or where deliberating, discussing and persuading others to agree leads to a consensus 'common good' (unfortunately rational debate often leads to polarisation, entrenched differences and 'analysis paralysis' or 'collective fiddles while Rome burns' with tittle tattle prevailing at the expense of evolutionary science)

Plato's - 'mob rule and emasculation of the wise'

Plato's - 'who guards the Guardians?'

Plato suggested elites could never agree as they had imperfect knowledge of reality, just opinions in the mind, mere shadows of reality. Deductive reason was a problem as there were no certain axioms.

Aristotle suggested elites could never have any authority as opinions were always challenged by sense perceptions, and the curiosity and tolerance of science. Inductive reason was a problem as 1000 white swans did not make the future certain. And the black swan had a devastating impact. 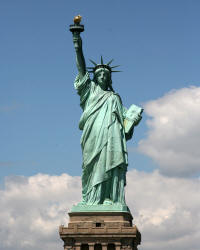 unknowable futures - command & control systems of 'pecking orders' are unstable and inefficient, all 'top down' design fails to cope with unintended consequences, unknowable responses of others and unexpected events

opportunity costs - elites don't possess any infallible 'know how' for future survival, creative capacities are widely distributed amongst the population and nobody knows when or where the next good idea is coming from, nor how best to exploit it ... keep your options open

Economies grow faster in liberal democratic environments where the diverse freedom to generate & test rival ideas is tolerated and can speed up the 'copy, vary, select' stages of evolution -

competitive survival - some ideas will have more survival value than doomed alternatives and those which tend to benefit more folk in the long term will tend to spread through the population ... that's why they survive - automatic sifting 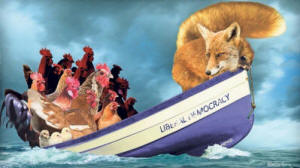 constitutional checks & balances and separation of powers constrain autocratic Bishops, Princes, Generals and bureaucratic majorities, particularly Judicial Review where unelected judges can invalidate elected legislatures. The distorting effect of 'economic power' isn't resolved by majority voting - voting simply transfers the 'power' from vote losers to vote winners. Democracy is not two wolves and a lamb voting on what to eat at their banquet! 51% cannot dictate to 49% there must always be a Bill of Rights to protect minorities ... otherwise government becomes an elected dictatorship as one dictator is changed for another ....

tort law and the 'duty of care' evolved from the instinctive 'moral sentiments' of Adam Smith and the 'guilty conscience of the Jews' as if to protect individual freedoms and provides some defence from parasites, predators, thieves and 'free riders', the rule of law is much more efficient than the costly alternative of bloody fighting. Liberal democracy is not laissez faire and it is not anarchy, nobody is free to harm others see UDHR article 30. There is a duty of care. 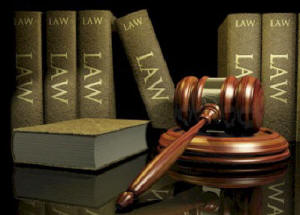 Perhaps the 'democratic traps' can be avoided by institutional checks & balances and Tort Law which inhibits 51% majorities voting to impose harms on 49% minorities.

The UDHR protects minorities from the tyranny & oppression of the majority.

Protection of minorities within the law is the key enabling characteristic of economic growth ... because nobody knows where the next good idea is coming from.

Liberal democratic institutions will tend to discover more survival value for the costs incurred than competing alternatives and become more prevalent in the world at the expense of elitist alternatives.

NB By definition 'we the people' are involved in the painful evolution of free democratic institutions ... there are -

always failures - the best never emerges, survivors are simply 'better than the alternatives which have been tried from time to time' - failures must be allowed to wither & die ... we read Charles Mackay, 'Extraordinary Popular Delusions and the Madness of Crowds'.

always innovations - institutions are in the business of surviving and defending themselves - institutions cannot be imposed - success must be defended & nourished ... we read Friedrich Hayek, 'The Fatal Conceit'.

The essential characteristic of 'free & equal' evolved democratic communities is that they evolve as economic behaviour becomes institutionalised within a legal framework. Natural selection takes place within an evolved legal environment. Ordinary folks and their mates are free to lawfully experiment ... to generate & test ... in larger & larger groups ... innovation becomes a humdrum routine ... the market is accountable human beings facing the consequences of their deals ... they are not free to harm others.

But are we in danger of misunderstanding democracy? Democracy is not a moral cop out.

Seduced by fluent patter and visions of social utopia, political correctness became a substitute for individual moral actions, and destroyed exactly what had made the innovative Western world irresistible to the peoples of foreign cultures. Hard work, honesty & thrift became unnecessary.

It was accepted & expected that government could & should carry the burden of solving social & moral problems.

A no brainer; 'don't worry government will solve the problems and get the rich to pay'.

After the 2008 financial crisis there was a gut reaction against Democracy, Markets and America of 'The Washington Concensus' which was established after the 'Fall of the Berlin Wall' in 1989 ... 'politics' was repolarised into petty gridlock.

Cynics were everywhere and 'The Arab Spring' was cited as evidence of the the failure of Liberal Democracy ... but recent history continues to provide supporting evidence ... the institutions of Liberal Democracy in Hong Kong & Taiwan have proved to be resilient as mainland China has started to join the gravy train of emerging markets ... as the runts of the 'planned economies' in Cuba, North Korea, Venezuela feel the heat of isolation and growthless economies.

So when all was said and done (and much more was said than done!) ... there was no evidence to challenge the fundamental insights of Smith, Darwin & Jefferson and the understanding of the synergies of specialisation & scale underpinned by Torts, Trade & Technology -

Liberal Democracy is buttressed by the principle of subsidiarity and enables folk to vote with your feet and join a club of your choice.

But don't get it wrong ... no one said it was easy! Liberal Democracy is not the best system, just better than the alternatives which have been tried from time to time ... so far ... Liberal Democracy still evolves ...

If trade shaped the world; Why manipulate tariffs? Why barriers? Why subsidies?