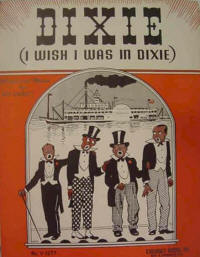 Minstrelsy, popular from 1840 to 1900, was the third influence on the emergence of jazz and reflected the impelling positive reaction of Americans, black and white, to the embryonic music of the emancipated slaves. This was white imitation of black music. But unlike the Blues which was inside the soul, minstrelsy was a performance ...

The Minstrel Show was entertainment; novel, interesting and fun. Why did the chicken cross the road? Who was that woman I saw you with last night?

Minstrel shows came first and then Vaudeville, Broadway, Radio and Movies served as vehicles for selling the American Popular Song for all to enjoy through sheet music. And it was the innovative interpretation of the popular song that led to the birth of jazz.

Historically The Minstrel Show started as a black-face entertainment. 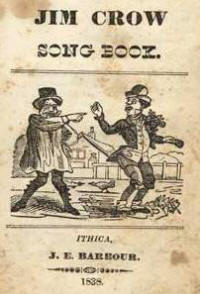 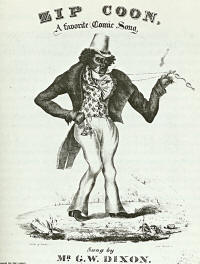 George Washington Dixon (1801-61) a white man who created 'Zip Coon', a citifed black dude, overdressed in tail coat and silk pants, brash and pretentious, a flashy dandy with sexual prowess. New 'darky' songs began to be written for these much loved characters.

In 1834 'Zip Coon' was the first syncopated pop song with new accents and phrasing, strongly reminiscent of Irish and Scotch dance, re-titled as 'Turkey in the Straw' the song contained the interesting rhythm of 'the scotch snap' ... a syncopation device which Afro Americans made their own and built ragtime and jazz with it!

Dan Emmett (1815-1904) a white man who wrote 'Dixie' for his minstrel show and introduced the world to Dixieland. 'Old Dan Tucker' was also his but there were other names; Frank Brower, Dick Pelham and Billy Whitlock. They organised The Virginia Minstrels troupe and created the first full length Minstrel Show at the Bowery Amphitheatre on February 6, 1843 - fiddle, banjo, tambourine and bones.

John Diamond (1823–1857) an Irish American dancer and blackface minstrel performer as a boy with the circus promoter P T Barnum and in 1843 with The Virginia Minstrels. Diamond's dance style merged elements of English, Irish and African dance. His movements emphasized lower body movements and rapid footwork with little movement above the waist. Jack was involved in competitions with black Master Juba in the Minstrel shows he always seemed to lose. When Jack notoriously beat Juba, a black spectator shouted out, 'He's a white man, sure ... but he's got a nigger in his heels'! 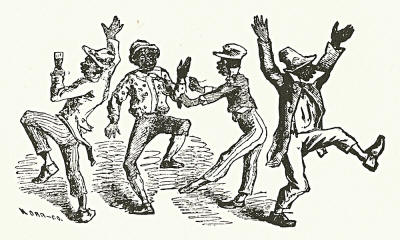 E P Christy (1815-62) was another white man who followed with more professionalism and gave the show structure, a natural setting for black faced fun and music, jokes, dancing and song, a non-stop party on the plantation ... Christy's Minstrels ... specialised in exploiting the songs of Stephen Foster and ... all his show cashed in on the appeal of black dance and the walkaround ... 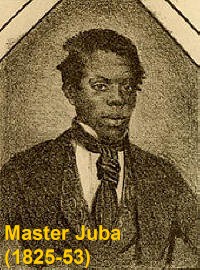 The walkaround was competitive in nature, straight from the plantation. The music was typically a fast dance song in 4/4 time, the dancers stood and began clapping and slapping themselves in time or 'patting Juba'. One dancer moved downstage to the focal point of the semicircle and performed a set of elaborate dance steps, lasting for about 16 bars. Once these dancers retreated back to the semicircle, another dancer took a turn. This was repeated until all dancers had soloed. Finally, all the dancers broke ranks and danced the minstrel show into an intermission.

The Negro jig was more percussive than the Irish Jig. Jaqui Malone suggested the emancipated slaves were adept at,

'appropriating those aspects of alien traditions most resonant with their own and producing a hybrid'.

Juba was highly influential in the development of American tap dance styles. The percussive sounds Juba made during his performances were another element that distinguished his dance from standard Irish jigs. Those 'Congo Square' rhythms were being tapped out with toes and heels, no need for drums!

Tap dance was a form of dance characterized by using the sounds of tap shoes striking the floor as a form of percussion. 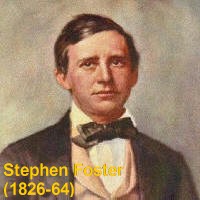 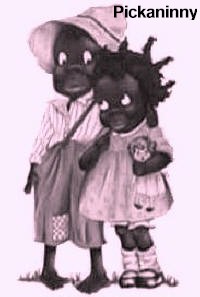 Minstrelsy characters were borrowed from 'Uncle Tom's Cabin' - Uncle Tom or Jasper or Silas, a wistful old man. Aunt Chloe or Dinah or Jenny, the bossy peacekeeper, played by a man to add to the fun. Topsy, the sprightly pickaninny role for a child.

The shows had a first part with an overture medley then Mister Interlocutor, 'Gentlemen be seated', then 'Bones' (Zip Coon) and 'Tambo' (Jim Crow) strutted their stuff.

Next came the 'olio', a string of trick acts and ensemble music, in front of the curtain while the scene was changed. Included was the stump, a comic burlesque, or mocking parody on the topic of the day. The third part was a 'Free Fantasy', a playlet and skit. The finale included the Walkaround song and dances like the cakewalk.

Throughout the heyday of the minstrel show they were done in blackface and continued to be such until the demise of the form around 1900. In later years, however, there were whiteface minstrels. Tent shows came to all the small towns and white face minstrels were the rule. There was also another unique form of entertainment called the Toby Show. These were very popular shows that toured throughout the Midwest, generally in tents. The format was the Toby character who in the end bested the 'city slicker'.

It is interesting to note that black performers like Sam Lucas (1840-1916) did minstrel shows as early as the 1870's and they also corked up. But this was long before Bert Williams became a big star.

Many of the black-face performers, like Eddie Cantor, went into Vaudeville (the variety show) and continued their black-face characterizations. The heyday of Vaudeville was later after the turn of the century and lasted until the depression.

1895 John W Isham produced 'Octoroons' and with the Coon Songs the Minstrel Show was urbanised into Vaudeville.

Remnants of minstrelsy continued to tour the hinterland. There was one of these shows still touring the Midwest as late as 1960.

It is popular to denigrate the minstrel show but like jazz it was a unique American entertainment and occurred in a less critical age, whites and blacks both. A mix of black and white, part of a strange ongoing dance between the cultures. Wild disrespectful fun blossomed in song, dance and humour, which travelled throughout the country, both rural and urban, into every available hall.

The main route to presenting songs to the public was the Minstrel Show. Like it or not, Minstrelsy had a massive impact on American popular music and left a legacy of memorable tunes - 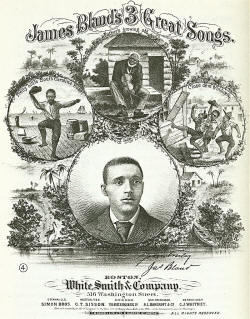 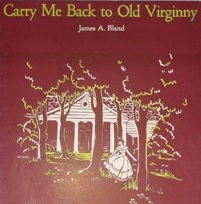 James Bland (1854 - 1911) was advertised as the worlds greatest black minstrel man, wrote 'Carry Me Back to Old Virginny' (for Uncle in the Olio), 'Oh Dem Golden Slippers' (a Walkaround song) and 'In the Evening by the Moonlight'. He left a body of work that still matters. A black Stephen Foster, spending a lot of time in London and earning big money before falling into poverty as Minstrelsy declined. 'In the Morning by the Bright Light', 'Hand Me Down my Walking Cane', 'Dancing on de Kitchen Floor', 'Close dem Windows'.

1840’s 'Old Dan Tucker' was sung by the Hutchinsons as ‘Get off the Track’. Another Hutchinson hit which converted many to the anti slavery cause - 'John Browns body' 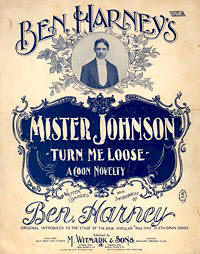 Minstrelsy was Banjo music! ... and perhaps the source of ubiquitous fun in jazz ...

was this the bawdy gaudy peacock struts of music hall burlesque of the Victorian times?

In 1897 Ben Harney wrote 'Ragtime Instructor' and introduced folk to a long standing rhythmic ingredient of jazz, getting away from the 'prim, four square structures of the old dances'. Winthrop Sergeant recalled Harney stressed the importance that in his cakewalks the melodic trajectories should start with a REST on the first downbeat. This ubiquitous device had the effect of launching the melody away from rigid time.

From 1914 black minstrelsy was 'tented minstrelsy' and the major companies included W C Handy's arrangements and specialist 'blues singers'. Bessie Smith performed with the Florida Blossom Minstrels in 1916. The circus sideshows also featured the blues ... and the medicine shows ... Gus Cannon started in such shows ... the blues spread everywhere. 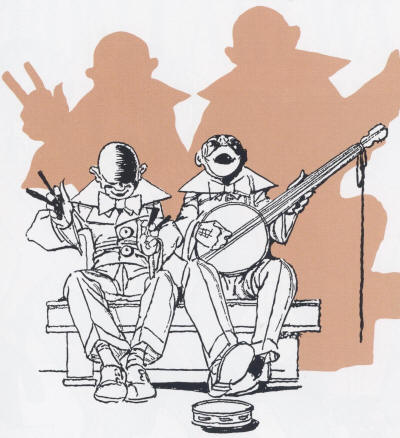 Tips for playing in Minstrel Shows ...

1. Everyone should try to play the same song.
2. If you play a wrong note or wrong chord, give a nasty look to one of your
mates and blame someone else.
3. Carefully pretend to tune your instrument before playing. That way you can play out of tune all night with a clear conscience.
4. Take your time to learn the jargon of music, that way you can impress your audience without having to learn how to play.
5. The right note at the wrong time is a bum note and the wrong note at the right time is a bum note.
6. If everyone gets lost except you, try following those who get lost.
7. Strive to play the maximum number of notes per second, and try to play them louder than everyone else. That way you gain the admiration of your incompetent colleagues.
8. If a passage is difficult, slow down. If it's easy, speed up. Everything will then work itself out in the end.
9. If you are completely lost, stop everyone and say, "I think we should tune up".
10. Happy are those who are not blessed with good ears for they can endlessly enjoy all kinds of sounds.
11. If the ensemble has to stop because of you, explain in detail why you got lost. Everyone will be very interested.
12. When everyone else has finished playing, don’t play any notes you have left over. Save them for the next song, don’t waste good notes.
13. A wrong note or chord played timidly is a bum note. A wrong note or chord played with authority is an ‘interpretation’.
As my tutor so eloquently put it – 'I understand all you want to do is have a bit of fun …
… but it’s no fun playing crap … is it'?

What sorts of innovations were taking place elsewhere in American music between 1870 and 1900?

At the end of the Civil War four million slaves were freed. Many still remembered the music of Africa, with its drumming and chants. The possible venues for the new music in those days included, concert halls, public parks, churches, porches, and various 'dens of sin' (bars, dancehalls and brothels).

Even if black performers weren't welcome their music certainly was and white 'minstrel shows' impersonated them with great success, evolving in the late 1880's into vaudeville shows, touring with small bands that carried the new music to smaller towns.

Black church music was dramatically more energetic than white hymns, and black musicians were valued performers in white dens of sin, where they were required to keep customers' spirits high. While white dance rhythms stayed with polkas and quadrilles the black dance music innovated many new styles.

What musicians heard in other venues, they tried to make use of in their own. As early as 1847, Louis Moreau Gottschalk combined African rhythms with European classical music in 'Bamboula: Danse des Negres'. As all the artists in a given city grew familiar with each others' experiments, the music of that city would take on a distinctive character. This was particularly true of New Orleans.

To be heard outside or in a large venues in the days before amplification you needed a large group with loud instruments, brass bands playing marches were popular.

Some performers were always touring, spreading new musical styles. Sheet music was available mainly to professionals at first, but later more widely to individuals as pianos were seen in every parlour. The phonograph wasn't yet available, and there was no radio.

Piano rolls provided the first 'recordings' of musical performances that could be endlessly duplicated, player pianos were especially popular in dens of sin. The more expensive houses offered live piano maybe accompanied by kazoo and washboard. The saxophone was also slowly gaining popularity during these years.

The emotions that music can express range from joy to worship to sorrow. Popular music tended towards simple rhythms and harmonies, with AABA verse structure. Popular subjects for songs included home, mother, love, death, and temperance. The love songs of the era were chaste, with no hint of lust.