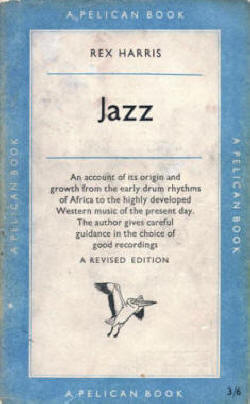 Louis Armstrong started by imitating King Joe Oliver - but then worked up to new things ...

Jelly Roll started by imitating the jerky two beat Ragtime pianists - but worked up to a new relaxed swinging jazz in 4/4 ...

But after a couple of years it all seemed 'too simple' ... and it was Elvis who pulled the girls ... and then The Beatles started innovating and got themselves haircuts and wrote 'rock' songs with 'strange' structures and different chord sequences ... and new guitar music was born ... beat music ... and the girls loved it!

The new music was stirred up by British 'trad' jazz players. Ken Colyer, Chris Barber and their banjo player Lonnie Donegan loved to imitate the black folk music of rural America and a guy called Leadbelly ...

Other 'trad' jazz players; George Webb and Humphrey Lyttelton, went back to the music of Louis Armstrong ...

Humphrey Lyttelton (1921-2008) with piano man George Webb (1917-2010) started something around 1945 when they cottoned on to the Afro American music of Louis Armstrong's Hot 5 and The Blues in The Red Barn pub in Barnehurst, Kent. 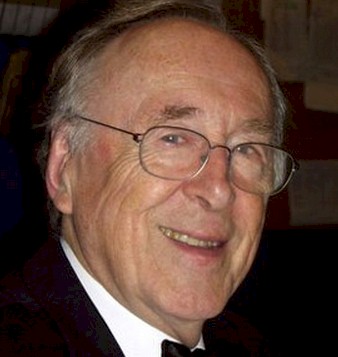 Ken Colyer's brother Bill located a few rare American blues recordings at Collets Bookshop and Doug Dobells Jazz Record Shop in London. This was intriguing music which took hold of Ken and he wanted to know more and he wanted to play. The Crane River Jazz Band followed in 1949 and then, courtesy of the Merchant Navy, a discovery trip to New Orleans. On his return in 1953 The Ken Colyer Jazz Band turned professional, with Chris Barber and Monty Sunshine in tow. Then in 1954, almost inevitably with so much raw musical passion, the band split up over disagreements on musical policy and Colyer & his cornet left the band and Pat Halcox took over on trumpet in the new Chris Barber Band ... still going strong in 2019!

The happenings of note involved Chris Barber and the two great streams of distinctly British popular music which emerged from his love of American blues music; Skiffle & Lonnie Donegan and White Blues & Alexis Korner ... which in turn led to 'The Beatles' & beat pop and 'Cream' & Rock ... 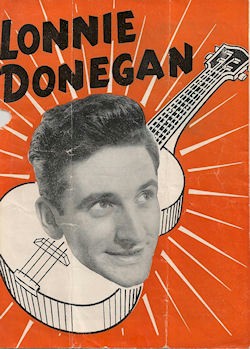 Ken Colyer had first presented 'Skiffle Groups' during the interval at jazz concerts and in the 1950s Barber promoted the idea and, inspired by Lonnie Donegan, there followed an explosion of participative guitar strumming by youngsters everywhere. 1956 'Rock Island Line', 'Diggin' my Potatoes'. 1957 'Puttin' on the Style'. 'Cumberland Gap'. 1958 'Midnight Special', 'Tom Dooley'. 1960 'My Old Man's a Dustman'.

Fast furious driving rhythms like nothing ... simple & fun ... two beat imitations of the old blues rhythms of American the jug bands pared down to the bone ... this wasn't sophisticated, anyone could do it and everyone did. We loved it!

Lonnie was an inspiration for a multitude of British kids. If Lonnie could imitate the great American blues men, like Leadbelly, so could anyone. And what's more there was Elvis, also making waves with a guitar, imitating Arthur Crudup ... who was Arthur Crudup? It seemed the blues were under everyone's skin ...

Alexis Korner met Cyril Davies when they both played with Chris Barber in 1949 ... Korner had also recorded in Ken Colyer's Skiffle Group in 1955 ... but his prime love was the electric urban blues of Chicago.

Particularly acknowledged were the influence of Leadbelly, Big Bill Broonsy, B B King, Buddy Guy and Chuck Berry ... and particularly the Chicago Blues of Muddy Waters.