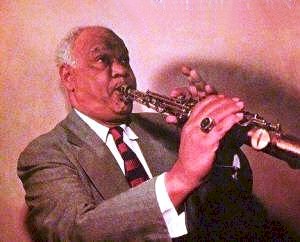 Like Jelly Roll, Sidney was a creole of colour, and inherited the status of the brilliantly schooled musicians who had been pushed into the black ghettoes by the Jim Crow laws of the 1880s.

1908 when 10 years old he was playing with Freddie Keppard. At 16 left school for music, full time. 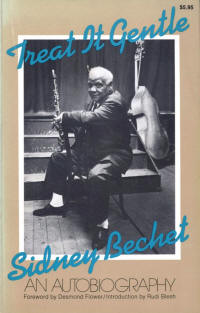 Also like Jelly Roll, and men of initiative, especially the freed slaves, he travelled everywhere in the Vaudeville shows all over south and midwest.

The recognised 'leader' of the creoles and the only one to keep up with Louis until 1925. Growling & swinging on a soprano sax. Sidney could hear those beautiful lines.

In trouble where ever he went. Passionate, he shot a guy over disputed chord changes.