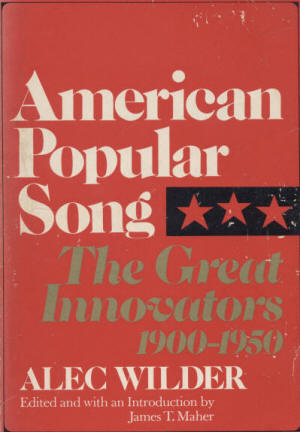 By the 1950s it was clear that a great tradition of American songwriting had been established; 'The American Songbook'. Popular songs written by the creative genius of a few ordinary immigrant musicians and wordsmiths. A wonderful entertainment industry of big business which fed an insatiable demand. The music followed the path dependency of evolution as the genes survived ... the differential survival of inherited random variants.

From The Blues through Vaudeville, Tin Pan Alley, Broadway, National Radio, Hollywood ... and a few superstar players, writers and singers ... to The American Songbook. This was no easy chronology of cause & effect ... the developments ebb & flowed with cycles within cycles as new musics emerged -

Louis Armstrong led the way through his different interpretations of The Blues ... hot swinging jazz for dancing ... no holes barred ... the universal ubiquitous overwhelming influence of The Blues ... which was broader and wider more subtle and beguiling than any appreciated at the time ... as Albert Murray explained, The Blues knew no bounds ... but they were different, spontaneous and they swung -

the blues; hauntingly different melodies & scales with complex compelling rhythms & infectious syncopations with dirty timbres; fun, irreverence & interactive social conversations from within a tradition ... 'I Ain't Gonna Give Nobody None of My Jelly Roll'

swing; buoyant, detached, floating, melodic & rhythmic trajectories, away from the 'ground beat', resulting in a lilt, which was difficult to describe but unmistakable when heard and felt; it was the manifestation of the tension & release created by the interaction of juxtaposed rhythmic lines ...

The journey from The Blues to The American Songbook was the story of jazz.

Why were the songs, the repertoire, and jazz so inextricably linked?

What made the songs so distinctive and so wonderful? Why did they last so long? Why did every young jazzmen revisit the old songs?

'The performer or composer uses the devices of music to build up tension and excitement as patterns are established or anticipated and expectations aroused but a climax is delayed or disguised in a series of unanticipated surprises and intriguing diversions. All music plays on our natural brain sense, the art lies in tantalising the listener with heightened expectation before a final revelation'.

The jazz musician did all this on the fly ... a prerequisite was intimate familiarisation with both the sounds & emotions of the song vehicle. The key characteristic, as William Zinsser suggested, was a structure which was 'easy to remember' ... as Acker Bilk famously insisted, before you can be hauntingly different, spontaneously creative and swing the song sounds & emotions must be 'stuck in yer 'ead'. 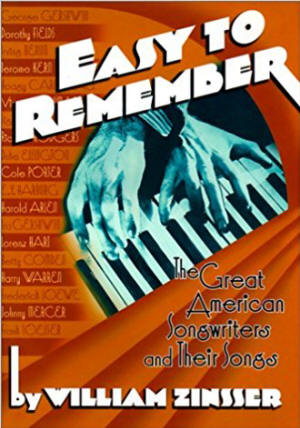 Easy to Remember Impossible to Forget

The great song writers and lyrists first and foremost wrote memorable songs. Songs that folk could relate to and become emotionally involved with. As with The Blues, everybody knew them, the sounds worked there way into our ears, and the words were full of meaning. Melodies were played with the lyric in mind. Playing Hart not Rodgers, and Ira not George. The melodic trajectories always followed the words with conversational ease ... this was American slang and fun not poetic striving. Lyrics had to 'sing', some words just didn't 'sing', but when they did the lyrics could be magical as song and words 'moved' a story. Pleasure and fun songs were best and the songster were urged to 'get 'em within sight of bed by the last 8' to make a hit. Without knowing the words and the story it became almost impossible to get inside the song ... and the jazzmen had to be inside the song to swing. So much in so small a space. The songs took over. Was it an addiction?

What was going on?

It seemed there were stylised 'rules' for composers, it was not a free for all ... after all the songs had to be easy to remember ... of course, there were exceptions to all the rules ... but the exceptions identified the song and made the song memorable.

Almost invariably in 4/4 time, with 3 over 4 timings important for swing. 32 bars bars was acceptable brevity, 99% of American Songbook were in 4/4 with 32 bar themes ... or more importantly for the memory, 4 x 8 bar themes and a sequence with repetitions within the themes.

'AABA', the most common. 'A' theme first statement including the song title, 'A' repeated, 'B' a contrasting 'bridge', 'release', or 'middle 8', changing the mood of the song before a return to the familiar 'A' to end firmly grounded again in the home key. The middle 8 often changed key as the surest way to a new mood.

The ABAB, the common variant, again with repeats to help memory, but with 'B' a development or answer to 'A' ... and the final 'B' a 'run in' to the song climax.

The VI-IIm-V7-I, the turnaround magic as the b7th of the chord drops a semitone to the 3rd of the change.
We learned that variations of the two note melodies formed on the 2-3, 5-6, 1-2 of the scale could be played through the ubiquitous II-V-I changes.

Only 12 notes but an infinity of exciting variations so we never tire ... but the harmonies moved in 'the same old way' as the bass lines moved closely through the 7th chords back to tonic ... always following the familiar sound of the circle of fifths ... or some special variant or rule break which makes each song different and both memorable & exciting.

Repeated notes for punch and energy. Skipped beats and syncopation for lift. Close lines for a relaxed feel. The song move with propulsion. Catchy 32 bar repeated phrases with a release set to some memorable ditty. The 32 formats became ubiquitous and were used extensively with the Blues as frameworks for Jazz improvisations and arrangements.

The writing or creation of melody, harmony and lyrics was a trial & error process, the songs were tinkered into existence. 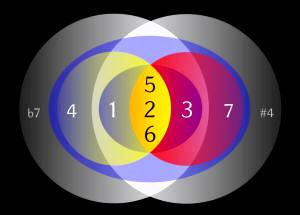 JazzStandards.com - a central depository of all that was wonderful about The American Song Book. The harmonic vocabulary of jazz standards was derived from classical music, but was adapted to fit the short forms 8, 12, 16, or 32 bars of standard songs making them suitable for improvisation. Jazz musicians often reduced the song to a basic harmonic framework, in order to provide 'space' for creative improvisation and make the harmonies easy to remember ... and visualise?

Chord progressions became 'clichés' which were often dismissed as unsophisticated, but were an uncluttered blank canvass for creative jazz artists?

The Smithy Lane Stompers discovered & concocted one method of familiarisation which seemed to work for some of us - Teaching The Blues ...

Our very own song list Our Toons that we tried to play was just an emotional dip into the treasure chest, assembled over 25 years as we indulged ourselves in The Blues and The American Songbook (or were they both the same thing?)