The Steeles of Sandbach 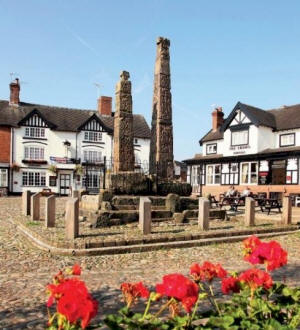 Earwaker compiled an historical sketch of Sandbach in 1890 which gave us a feeling for this rural market town where some early Birchalls and Steeles found home comforts. Nestling east of the salt pits of Middlewich but west of the silk mills of Congleton, Sandbach was a large ancient Parish in the Northwich Hundred which surrounded the mother church of St Mary's supported by two Chapleries at Holmes Chaple & Goostry. 12 towns of note were Arclid, Betchton, Blackdon, Bradwell, Cotton, Cranage, Goostry, Hassall, Holmes Chaple, Lees, Twemlow & Wheelock ... Wheelock where granddad 'Pops' George William Birchall (1875-1960) was born.

Sandbach was an ancient settlement long before the Saxon Crosses of the ninth century celebrated the Anglo Saxon Christians and the town riches made an entry into the Domesday Book. Little was known about the original Norman Lord Richard de Sandbach as the line pettered out. However we do know the Lordship passed to Sir John Radclyffe of Sandbach Old Hall when in 1579 the eminence of the town market was confirmed with the charter granted by Queen Elizabeth I. The accolade gave the right to hold a free & fair market every Thursday and two fairs each year ... Sandbach was on a roll.

St Mary’s Church, where many of the Steele clan were buried, was bang centre of the old town ... with Hawk Street just off to the left where George Steele, the well respected Shoe Maker, had his premises in the 1800s.

Together with the familiar names of Furnivall, Darlington, Lowdnes & Broome... one of the earliest monument inscription ion the south side on two gravestones read -

The local crack was also recorded, not in stone but in the Lower Chequer Inn on Hawk Street -

'our ale here at Sandbach is no less famous than that of a true nappe!'

We first came across the records of the Steeles of Sandbach around 1600 ... 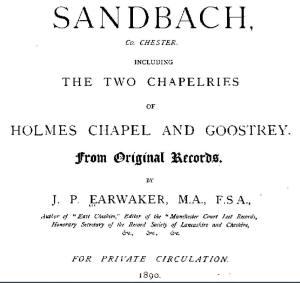 The Steele family were big in Sandbach, Lords of the Manor at Giddy Hall possibly granted lands by Duke William of Normandy, their liege Lord, for their distinguished assistance at the Battle of Hastings in 1066 AD ... and in 1685 there was an early reference to the Steeles in Wybunbury where there were many Birchalls ... but it looked like the Steeles were everywhere ...

Thomas Steele (1540-1607) son of Richard, Yeoman of Weston, married Alice Latham (-) and in 1607 left his will and five sons ... Weston, half way between Sandbach and Wybunbury ... both centres of Birchall activity! 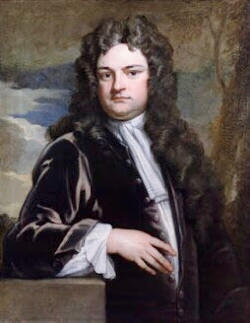 Sir Richard Steele (1670 -1729) famous Irish politician and writer/ publisher; 'The Tatler' & 'The Spectator' (brother to William and Benjamin Steele)
William's second son Lawrence Steele (1616-1697), clerk of the Irish House of Commons and appeared to establish an Irish branch of the family.
William Steele (1610-80/90) had a second wife Mary and issue William & Benjamin who were Londoners

Lawrence Steele (-) a benefactor of St Mary's so must have stayed local ... rngraved on the church silverware 'The gift of Lawrence Steele, second son of Richard Steele of Sandbach, for the use of the said parish of Sandbach forever. 1656'

Thomas Steele (-1643) son of Thomas, cheese factor of Nantwich, was shot in 1643 by the Parliamentarians for giving up Beeston Castle to the Royalists without a fight. 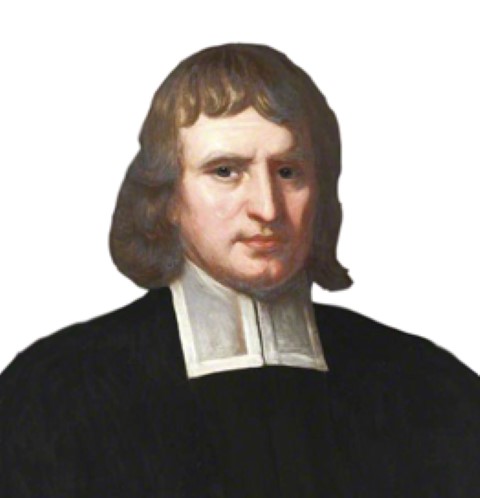 Richard Steele (1629-1692) son of Robert, baptised 10 May 1629 Claycroft Barthomley (1655367). Educated at Northwich Grammar School, Cambridge and Oxford. Puritan preacher who wrote passionate prose in Duties of Husbands & Wives ... ejected from his pulpit by the Act of Uniformity in 1662 and later by The Five Mile Act but he never stopped proclaiming the riches of Christ. Remembered as 'a very valuable and useful man, a good scholar, a hard student, and an excellent preacher'. Google abounds with references to Richard Divine ...
Three Steele descendants were massacred at the local church on Christmas Eve 1643 by Royalists. Richard Steele was not one of these, moved to London and became a nonconformist minister.
Later Steeles in Barthomley held Buddylee Farm.
Another brach of the Steele farming family in Barthomley were embroiled in debt and emigrated to Pennsylvania in 1795.
George Steele from Cheshire came to Chester County USA in 1795 and his line was covered in Frederick Steele’s 1896 book 'The Descendants of George Steele of Barthomley'.

Delving back revealed a hopeless misty frustrating incomplete trail ... so we started again.

This time we guessed that as good a place to start as any was with a likely couple with unusual Steele names Matthew & Katherine.

Looks like Matthew moved his neck of the woods from Wybunbury to Sandbach both familiar in our story ...

We were soon back with Thomases, Johns and Sarahs, Marys and no doubt Richards & Georges ... jeez! 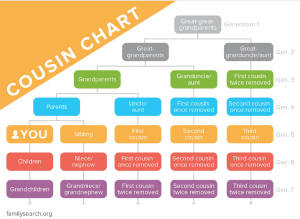 We were lost in an avalaunch of old cousins with the same names ... we knew were all related, DNA would prove that, and we knew the broad bush strokes of an agricultural revolution and then an industrial revolution which swept along the Steeles and the Birchalls ... why go back into uncertain detail?

Best to focus on one happening that we knew for certain ... in 1804 John Birchall, a well connected Sandbach Yeoman, married into the Steele family.

NB this John & Hannah coupling was fortuitous but they were not the parents of 'our' 3xgreat grandfather James Birchall (1802-63) who was born in 1802 and worked in silk. This was a cousin of the other John Birchall (1780-1857)  ... this John was Yeoman of Sandbach and he left a will which revealved the close binding of the Sandbach families of Birchalls, Steeles and Furnivalls ... paid up members of the bouroirese, they all traded their way into the 'middle class bulge' ... husbandmen, cheesemakers, gracers, joiners, shoemakers, hatters, plumbers, glaziers ...

Third who was Thomas Dean? Thomas Dean was a witness at Hannah's wedding ... was he a member of the Steele family? ... step brother, uncle or cousin?

But who was Thomas Hardern?

Thomas Hardern was an interesting name around Betchton not only linking the august  Birchalls, Steeles & Darlingtons but also in 1848 a Thomas Hardern married Ann Colclough the daughter of the pulican at The Horse Shoe Inn the local tavern at Lawton Heath End....

Mary Darlington (1798-1849) baptised Daughter of another Shoemaker, George Darlington in 1796.

Looks like the Shoemakers of Sandbach were a close knit bunch.

Thomas Hardern's will in 1818 was witnessed by both Joseph 1754 and Joseph 1794 which confirmed the family connections nicely.

But no Hannahs and no Deans?

soooo ... maybe there's a better bet? There were othe Georges ...

And there were other Josephs?

Mary Steele (-1811) left a will in 1811 which identified -
- son Samuel & grandson John and son John & granddaughter Mary
- John Mellor Maltster sole executor and James Colclough & Vernon Bloore witnesses. The Colcloughs were related to the Dickinsons and paid up members of the close knit Sandbach gang and he witnesses the will of our Sandbach Yeoman James Birchall (1740-1825) the father-in-law of our Hannah Steele (1780-1834) !

Thomas Steel (-) widower of Weaverham, married Mary Darlington, of Witton, at Witton in 1794?? 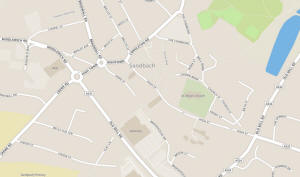 ((there was a wheelwright George Steele who married another Mary in 1816?))

((or was Hannah baptised in 1772 in Nantwich Cheshire, daughter of Richard & Martha?))

((There was also an Elizabeth married John Gibson at Astbury in 1835. Witnessed by William Birchall)).

((Hannah Birchall (1818-) married William Lightfoot, a tailor from Nantwich, in 1839. Hannah was a cotton spinner from Bean Street, Nantwich and father John a labourer. Both were 21 years of age.))

(A Thomas Birchinall was buried at St Peter's Congleton, in 1811?)

back to George W Birchall